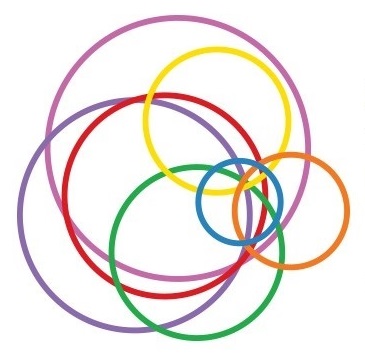 What is a GSA or QSA?

Gay Straight Alliances (also known as Gender and Sexuality Alliances or Queer Straight Alliances) are student-run and teacher-supported school-based groups that work to create safe, caring, supportive and inclusive spaces for LGBTQ students and their allies in schools.

They provide a safe space for students to meet, socialize and support one another as they discuss their feelings and experiences related to sexual orientation and gender identity. Clubs often work on advocacy, human rights and awareness projects to make their schools and communities better places to live for all.

Rather than school being an instrumental factor in LGBTQ youths’ sense of inclusion, research shows that it is increasingly becoming a factor in LGBTQ youth experiencing fear, isolation, marginalization and social exclusion. Overwhelmingly, schools are unsafe spaces for LGBTQ youth and in particular, transgender youth.

Research also shows that LGBTQ youth also feel unsafe in their own homes. The primary cause for youth leaving home or for being thrown out of the house is family conflict. Conflict in the family can be further broken down into two subcategories: abuse and homophobia and transphobia.

GSAs provide an opportunity for LGBTQ youth and their peers to create a caring and safe support network.

Canadian research conducted by Egale Canada (2011) highlights the benefits that GSAs bring to school communities. For example, students from schools with GSAs express greater feelings of support and are more likely to be open about their gender and sexual orientation.[i] In addition, GSAs have been demonstrated to improve leadership[ii] and the school experience, while reducing alcohol use and psychological distress among GSA members.[iii]  Participation in a GSA has also been positively correlated with an increase in academic performance,[iv] a reduction in absenteeism,[v] and a greater likelihood of college-level education attainment.[vi]

Other findings demonstrate that in schools where a GSA is present, sexually and gender diverse youth have lower odds of experiencing discrimination, suicidal thoughts and attempts,[vii] and that these trends persist beyond youth’s tenure as a student.[viii] The same study also found that where GSAs are present, heterosexual boys also have lower odds of suicidal ideation and attempts. [ix]

We know, both anecdotally and from research[x] that much of the bullying that youth experience is homophobic bullying, regardless of whether they identify as LGBTQ, and that youth who experience anti-gay harassment are just as likely to feel unsafe, skip school, or engage in unhealthy behaviours.[xi]

In essence, then, the positive benefits associated with having a GSA in a school are experienced by the whole school and at least some of those benefits have been found to persist beyond the school-life of gender and sexually diverse youth.